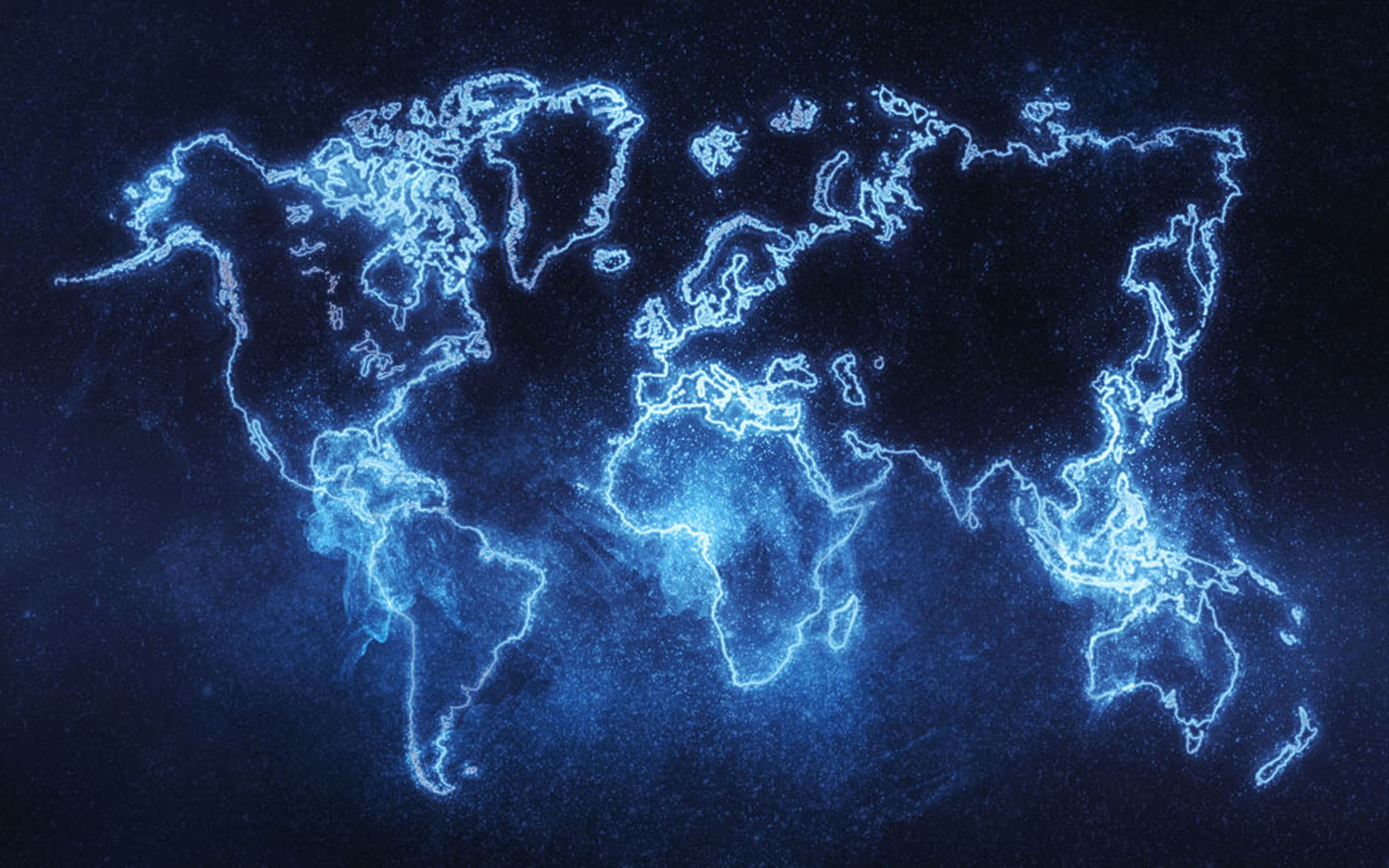 Here we maintain a database of all major research on VSS and related issues that may be of interest to the VSS community. We are not involved in these studies. We briefly explain what the study involves and refer you to the relevant study.

Visual snow syndrome is a neurological disorder primarily characterized by visual snow, a continuous and dynamic visual disturbance across the entire visual field. A diagnosis of visual snow syndrome requires that visual snow is accompanied by at least two other visual symptoms including after images (palinopsia), light sensitivity (photophobia), night blindness (nyctalopia) and enhanced entoptic phenomena. Patients often experience a range of non-visual sensory symptoms such as tinnitus, depersonalization and, most frequently, migraine. In addition, patients report high levels of anxiety and depression. Visual snow syndrome onset is commonly in young adulthood with symptoms often severely affecting daily activities and independence. Visual snow syndrome is not uncommon, with an estimated prevalence of 2% in the United Kingdom, but its underlying pathophysiology is unknown and no effective treatment options are currently available.

Although there have been relatively few neuroimaging studies conducted in patients with visual snow syndrome, altered metabolism has been revealed using fluorodeoxyglucose-PET, and altered brain activation using visual snow-like stimuli. Anatomically, grey matter (GM) volume changes have been found in relatively small areas involved in vision, as well as non-typical vision regions such as the cerebellum and limbic, temporal and parietal regions, suggesting whole brain involvement, potentially explaining the wide range of symptoms reported by patients. However, the direction of volumetric change is equivocal, with both larger, and smaller volumes reported. Whether brain microstructure is altered in visual snow syndrome, is unknown.

“Visual snow syndrome, the spectrum of perceptual disorders, and migraine as a common risk factor: A narrative review.” A. Klein, CJ. Schankin, 2021 Aug.
This paper contains a meta-analysis (a study in which the results of previous studies are taken together to make a more precise statement about a particular phenomenon or theory). An attempt was made to see to what extent VSS is associated with migraine and a group of other perceptual disorders, like dizziness, PPPD, fibromyalgia and chronic tinnitus. The clinical picture indicates a hypersensitivity to internal and external visual stimuli. There is evidence implying failure of inhibitory processes. In earlier research VEP (Visually evoked potentials) demonstrated a prolonged P145-response pointing toward disturbed processing in the secondary visual areas*(Eren O, et al., 2018. Ann Neurol. 2018) and a hyperactivation in the primary visual cortex*(Luna S, et al., 2018. Headache. 2018). In another research an FDG-PET study found hypermetabolism in the right lingual gyrus. And fMRI showed a widespread hyperconnectivity of the primary (V1) and secondary visual cortices within and beyond the visual system. Also disturbances in the salience network and the dorsal and ventral attention network, as well as in the visual precortical pathways such as visual cortico-striatal loop and the thalamocortical projections.*(Puledda F, et al., 2021. Hum Brain Mapp. 2021). Functional abnormalities could be reflected by structural changes such as an increase in gray matter volume in the primary and secondary visual cortices.*(Puledda F, et al., 2020. Neurology.) In patients with VSS, the prevalence of migraine is up to 72% (comorbid migraine exacerbates symptoms of VSS), tinnitus occurs 52% to 75% in VSS patients, fibromyalgia in up to 7.1% and dizziness in up to 13.3%. Cognitive symptoms are frequent in VSS (no percentage, because no literature on this topic). Migraine might be a common link to processing disorders of more specific modalities, such as the visual (VSS for example), vestibular (PPPD), auditory (tinnitus), and pain system (fibromyalgia). It might also explain the clinical overlap of these disorders and why they are often related to each other. It may also partly explain the clinical similarities of these disorders and why they are often related to each other. This meta-analysis concludes that VSS, PPPD, fibromyalgia and chronic tinnitus could lie on a spectrum of perceptual disorders. Understanding the similarities in these network disorders and the role of migraine as a possible risk factor may help advance the search for a successful treatment for these often debilitating and difficult-to-treat disorders.

“Localised increase in regional cerebral perfusion in patients with visual snow syndrome: a pseudo-continuous arterial spin labelling study.” Puledda F, Schankin CJ, O’Daly O, et al. J Neurol Neurosurg Psychiatry 2021.
This study sought to investigate changes in regional cerebral blood flow with the use of arterial spin labelling (ASL) in patients with VSS hoping to understand more about the underlying neurobiology of this disorder. An MRI study was used in which whole-brain maps of rCBF were obtained using pseudo-continuous ASL. ASL is a quantitative, non-invasive functional MRI technique. A relatively new MRI technique that non-invasively measures cerebral blood flow. This study concludes that VSS patients show increased activation in a wide network of intrinsic brain regions that are important in the processing of complex sensory and cognitive states. The fact that rCBF increases were independent of the presence of an external visual stimulus visual stimulus, suggests that these abnormalities may be a causal factor of the disorder. This study extends previous neuroimaging findings, confirms that VSS is a complex brain problem, and contributes to improve our understanding of a disorder for which no treatment exists yet.

“Disrupted connectivity within visual, attentional and salience networks in the visual snow syndrome.” F. Puledda et. Al., 2021 Jan.
The results from this study suggest that VSS involves a complex disturbance in the interaction of multiple brain systems (particularly the pre-cortical and cortical visual pathway, the visual motion network, the attentional networks and the salience network). The researchers observation suggests that there is a disruption in the filtering and integration of incoming sensory visual stimuli versus the modulation of internally generated visual information.

“Visual Snow Syndrome: A clinical and phenotypical description of 1,100 cases”, F. Puledda et al., 2020. Neurology.
Via a web-based survey (worldwide) 1,100 cases were collected. In this study, both VS patients and VSS patients participated. To gain a better understanding of the current criteria and to confirm the typical presentation of the main symptom of VS (the static) in the context of a larger cohort and to begin to determine any broad differences related to geography. The researchers also wanted to try to see if it was possible to dissect VSS into possible subgroups and endophenotypes. Also, the interaction between VS and migraine and tinnitus was investigated and the study also looked at HPPD compared to the static in VS(S). An official criteria for the definition of VSS is included in this research, which is very useful to patients to show to doctors who aren’t familiar with VSS.

“Structural and functional footprint of visual snow syndrome”, C.J. Schankin, et al., 2020. Brain A Journal Of Neurology.
The goal of this study was to improve the understanding of VSS by exploring brain areas that differ in structure, or function, or both, from controls. They also tried to identify structural and functional correlates for visual and non-visual symptoms of VSS. In this study they used a PET/CT scan with FDG (a radioactive form of glucose). Voxel-based morphometry (VBM), a certain approach of looking at structural brain abnormalities using MRI, was used in trying to identify structural-functional correspondence. In this study they assessed brain metabolism and grey matter volume changes. VSS Patients showed hypermetabolism and cortical volume increase in the extrastriate visual cortex at the junction of the right lingual and fusiform gyrus. There was hypometabolism in the right superior temporal gyrus and the left inferior parietal lobule. Patients had grey matter volume increases in the temporal and limbic lobes and decrease in the superior temporal gyrus. The corresponding structural and functional alterations emphasize the relevance of the visual association cortex for VSS. This gives the clinical impression that the disorder extends beyond the visual system.

“Quantification of photophobia in visual snow syndrome: A case-control study”, O. Eren et al., 2019. Cephalalgia.
This study concludes that VSS patients suffer continuously from photophobia at a level similar to chronic migraineurs during attacks. Even though migraine and VSS share dysfunctional visual processing, patients with VSS might be more severely affected. This study used the L-VISS test* (from LUMC) to examine how photophobia in VSS patients relates to controls. This L-VISS test is a validated test in migraineurs.

“Evidence of Dysfunction in the Visual Association Cortex in Visual Snow Syndrome.” O. Eren et al., 2018, American Neurological Association.
In this study the Visual evoked potentials (VEP) from VS patients demonstrated increased N145 latency and a reduction of N75-p100 amplitude. The primary disturbance in patients with visual snow could be a dysfunction of the visual association cortex. Understanding the function and modulation of this area seems important to address the as yet unsolved problem of treating this debilitating condition.

“Visual Snow Syndrome: Proposed Criteria, Clinical Implications, and Pathophysiology.” A.I Metzler et. al., 2018 Jun.
When seeing a patient with VS or VSS, it is important to rule out a possible underlying secondary etiology. Patients with VSS frequently have comorbid migraine, but VSS appears to be a separate entity from persistent migraine aura.

“Visual Snow Syndrome: What we know so far.” F. Puledda et. al., 2018 Feb., Wolters Kluwer Health, Inc. 2018.
This study concludes how important it is for this disease to be recognized and acknowledged by physicians, especially neurologists and ophthalmologists. It is important to gain a better understanding of this disease by collecting data from VSS patients worldwide. A better understanding will result in a better treatment.

“Visual Snow Syndrome: Symptoms and Ophthalmological Findings.” H. Tegetmeyer, 2016 May.
In this German study, it emerged that it is not necessary to clarify the symptoms of VSS with further psychological or psychiatric testing after a precise diagnosis of VSS.

“Pattern Glare: the effects of contrast and color.” L.J. Monger et al., 2015 Oct. Frontiers in Psychology.
A study relevant since ‘pattern glare’ (a.k.a. visual stress) can be a symptom of VSS. Some experience discomfort and anomalous visual perceptual distortions when they perceive patterns of stripes with particular spatial characteristics. This sensitivity is more intense in migraineurs and people with the symptoms related to pattern glare. Experts suspect that this is due to a cortical hyperexcitability. This hyperexcitability of the visual cortex affects visual processing. Colored filters can change the distribution of neural activity so as to reduce the activity in hyperexcitable regions.*(Huang et al., 2011). Some people who have pattern glare benefit from colored overlays that are placed over passages of text. The color that has the best effect is different for every individual.